Back in 2016, when Apple revealed touch bar, I saw it as a gimmick.

I thought Apple made mistake by removing function keys. We developers use them all the time. I can’t think of not having those keys.

How will I refactor anything? I can’t work without function keys. - My reaction in 2016

I use my laptop for work and after 6 pm for Netflix. I change the setting on my Mac every day to avoid using Fn key.

To use IDE shortcuts at work, I switch to function keys. Then again after work, so I can change volume with one hand (helps when you are eating).

Six months ago I started using Touch bar MacBook. In the beginning, I was sceptical if I’d be able to work.

Getting feedback when touching the function keys was a big deal for me. And butterfly keyboard, not so sure there as well. Less key travel and too clicky.

Pressing Fn key reveals Function keys in this model. Suddenly many of the shortcuts that I used at work required one more key.

Now you make me press Fn every time. Where did my setting go - Me, mad at Apple

*You can still switch between function keys and shortcuts but I’ve something even better in the end.

Another annoying thing is Siri. They placed Siri on touch bar next to power button. I used to accidentally hit Siri when pressing delete or power key.

I got rid of Siri button as soon as I found out how.

Using butterfly keyboard has been a bag of mixed feeling. Fortunately, it hasn’t failed on me yet.

I like the keyboard but it makes a lot of noise and the low key travel makes me feel like I’m banging it hard. But for some reason, I prefer butterfly keyboard. Using the old keyboard feels like I’m using a mechanical keyboard. Butterfly feels more modern. Due to lowered keys, the touch bar feels more natural and the feedback I craved is gone.

Touch bar with the old keyboard won’t work. One wouldn’t be able to adjust between height difference of touch bar and physical keys.

It isn’t all bad. At least they gave TouchID. No need to enter a 15 letter alphanumeric password which may contain special symbols.

The best part is TouchID works even if the laptop is asleep! An unlocked Mac welcomes you

One other thing I love is the volume slider. At first, I touched volume key on touch bar and it reveals a slider that adjusts the volume. But that is a two step process. But I had a gut feeling that Apple being Apple would be smarter than this. I tried dragging volume key and to no surprise, the volume slider appears and slides to my touch. Now that’s how Apple does it.

People, make some noise (DJ reference) - Every time I adjust the volume

It works on brightness as well but that doesn’t make me feel like a DJ.

Now the best part (Best of both world)

You can have function keys appear only on certain applications.

Go to Setting > Keyboard > Shortcuts > Function Keys (as in image below)

Add any application where you want to show function keys. 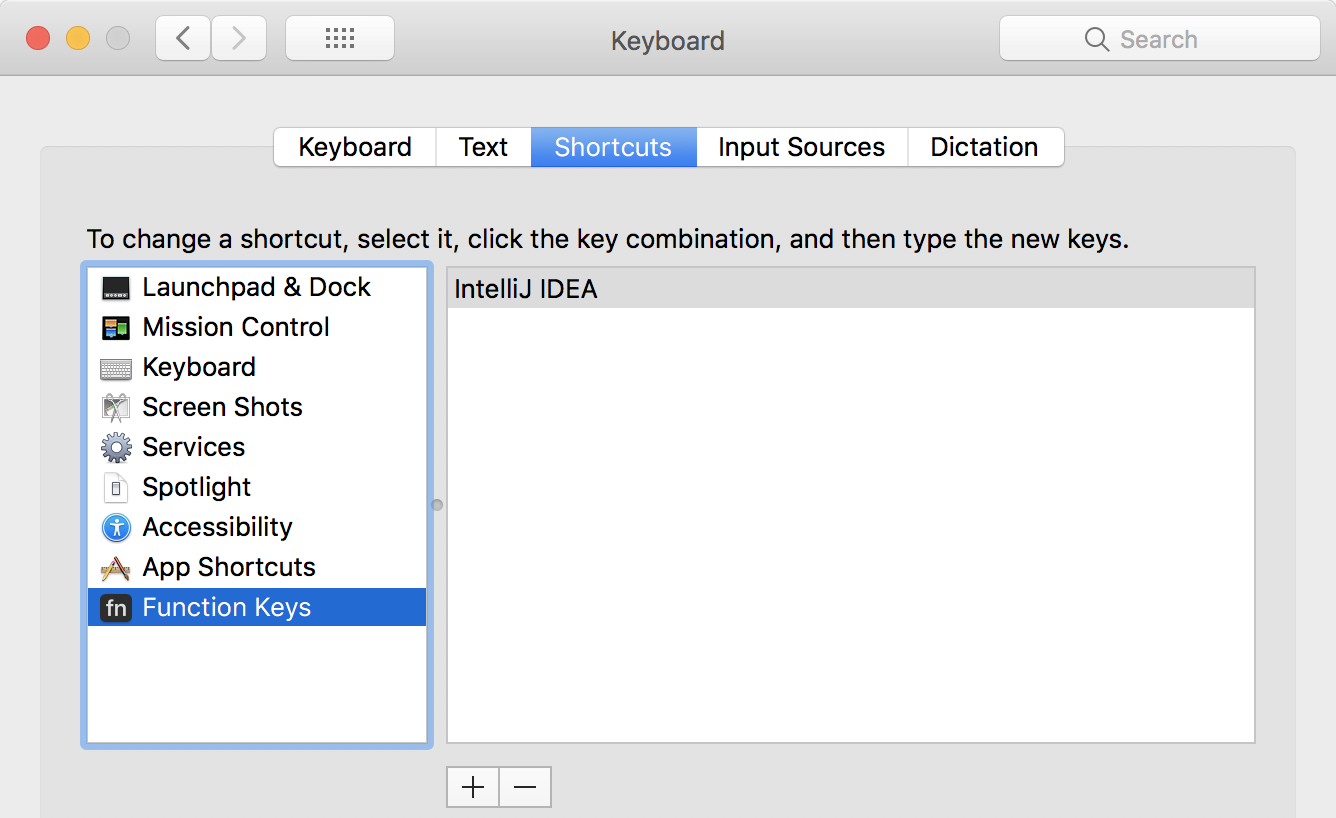 This is the setting that has made me love the touch bar. No more switching between Fn keys and shortcuts. I can have them all.

A touch of genius - Apple